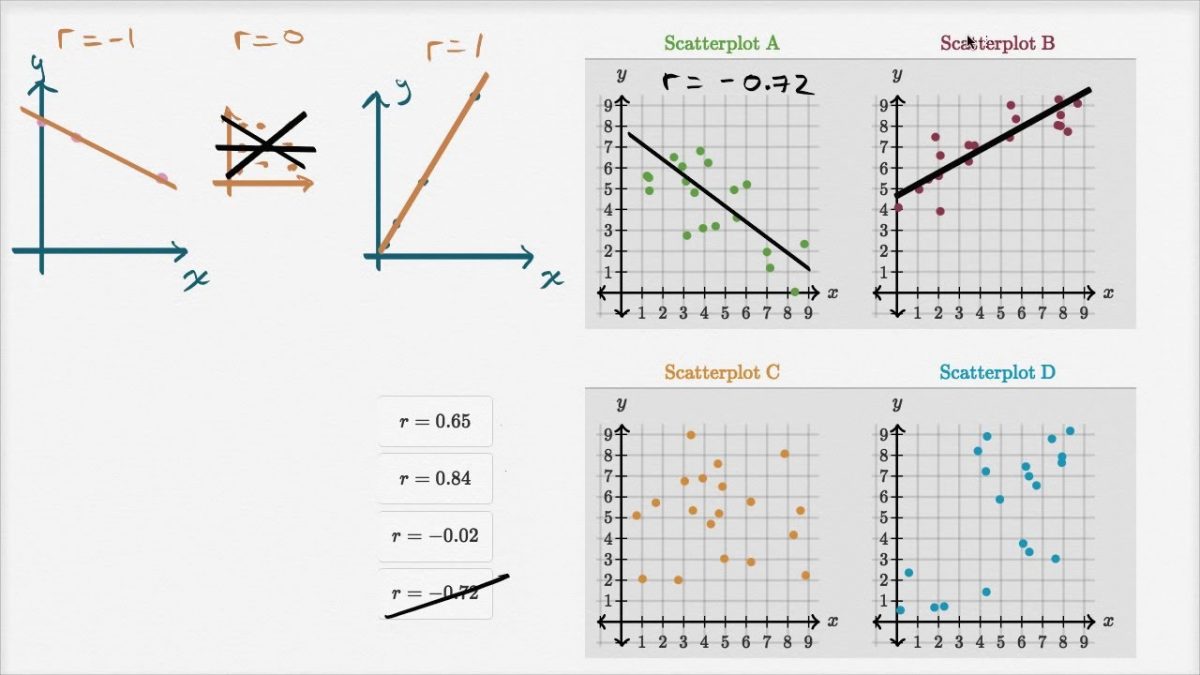 The relationship between the two variables such that one of the variables is high and the other is low is Inverse correlation.

The sample means and sample standard deviation that are derived from the population are computed using the below formula:

A few examples of Central Limit Theorem are

The steps used to solve the problem of the central limit theorem that involve ‘>’ ‘<’ or “between” are given below:

1) The numerical values of mean, size of the population, standard deviation, sample size and the value or values associated with the respective sign should be identified from the given problem.

2) Draw a graph with the centre as a mean.

3) The formula to find the z-score is given by:

4) To obtain the z-value, the z-table should be referred.

5) The different cases where the problem consists of different signs are as follows:

Step 3 has to be followed.

5) Z-value and x{bar} has to be found. It is converted from decimal to percentage in the final step.

2] The sample mean is used in finding a range of values which includes the population mean.

3] The concept of Central Limit Theorem is applied in political/election polls to obtain the % of people who are in favour of a particular candidate as confidence intervals which are telecasted by the new channels.

Wired Broadband VS Satellite Internet: Which One to Choose?

Ph.D. Kim Dunbar Talks About The Importance of Inorganic Chemistry in Practical Applications

Scholarship Money For Teaching – Help Others Take Advantage Of Education

Health Courses: For Any Promising Future